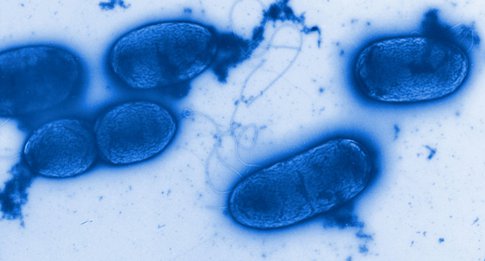 The Helmholtz Centre for Infection Biology works on urgent problems in the area of infectious disease, focusing on bacterial and viral pathogens that threaten the developed countries, on immune responses and its circumvention by pathogens, and on the discovery of new anti-infectives.

Protein crystallography on the campus of the HZI was started in the late 1980s, and Prof. Dr. Wulf Blankenfeldt, who joined the institute in 2013, is already the third department head of the structural biology division. In its current form, the department comprises six research groups, of which three directly work towards protein structure elucidation. The Blankenfeldt group “Structure and Function of Proteins” determines crystal structures of uncharacterized proteins from the important hospital pathogen Pseudomonas aeruginosa and identifies their function by a combination of structural, biochemical and metabolome-analytical methods. Other topics are toxic proteins and structural aspects of bacterial toxin biochemistry. Further, the Helmholtz young investigator research group of Dr. Andrea Scrima works on the structural biology of autophagy, and Dr. Christiane Ritter employs solid state NMR spectroscopy to unravel the structures of amyloidogenic proteins. In addition to state-of-the-art equipment for automated crystallographic experiments, the department operates a platform for the expression of recombinant proteins in eukaryotic expression systems. This platform is part of the Helmholtz Protein Sample Production Facility (PSPF) and its services are open to other groups from the Helmholtz Association.

Other activities of the HZI in the area of structural biology are the recent appointment of Dr. Jesko Koehnke, who will head an Emmy-Noether junior research group at the HZI satellite institute HIPS in Saarbrücken starting early 2015 and the operation of a new department at the Centre for Structural Systems Biology (CSSB), which is currently under construction on the DESY campus in Hamburg.